What should VFW post adjutants put in VFW meeting minutes and what to leave out?

Source material on page two of this long post.

While a VFW quartermaster keeps the “books,” the adjutant keeps the “records.” One of the vital records of a deliberative assembly are meeting minutes.

There are five things VFW adjutants should know about VFW meeting minutes:

For guidance, adjutants should reference post, district, department, and the national VFW Bylaws and Manual of Procedure for information on distributing (reading), correcting, and maintaining meeting minutes.

Robert’s discusses how a particular practice may have become an established custom in an organization (“because this is how we always have done it”)–including the preparation of VFW meeting minutes. However, if this custom “is or becomes in conflict with the parliamentary authority or any written rule” then it “falls to the ground” if challenged by a point of order in any meeting (VFW 19).

For example, the VFW Bylaws mandate, “All reports and resolutions shall be in writing” (111). If the post custom is to make oral reports or resolutions, a point of order challenging this oversight should make this practice “fall to the ground.” Adjutants must exactly record what is “stated by the presiding officer” after a motion is properly presented and seconded.

However, there are tactful ways detailed in Robert’s to get an oral report, resolution, or motion ironed out before a second is made or the chair states the question (also, the adjutant can verbally read back the motion and get consensus and avoid amendments–but that’s really the chair’s job).

Format of the Minutes

Robert’s lists a number of items that should be in the first paragraph of meeting minutes: kind of meeting; name of organization; date, time and place; if the regular chairman and secretary were present or their subs; and correction of the minutes. The VFW order of business has the reading of the minutes later in the meeting so they are not included in the first paragraph. This is an example of the VFW Bylaws superseding Robert’s.

The regular monthly meeting of the Veterans of Foreign Wars of the United States New Haven Post 12150 Incorporated was held on Thursday, June 11, 2020, at 7:10 p.m., at the Knights of St. Patrick building, the commander being in the chair and the adjutant present.

The last paragraph should have the hour of adjournment. Additionally, the minutes should be signed by the adjutant.

“Respectfully submitted” is an older and not essential practice in signing the minutes–but widely used. 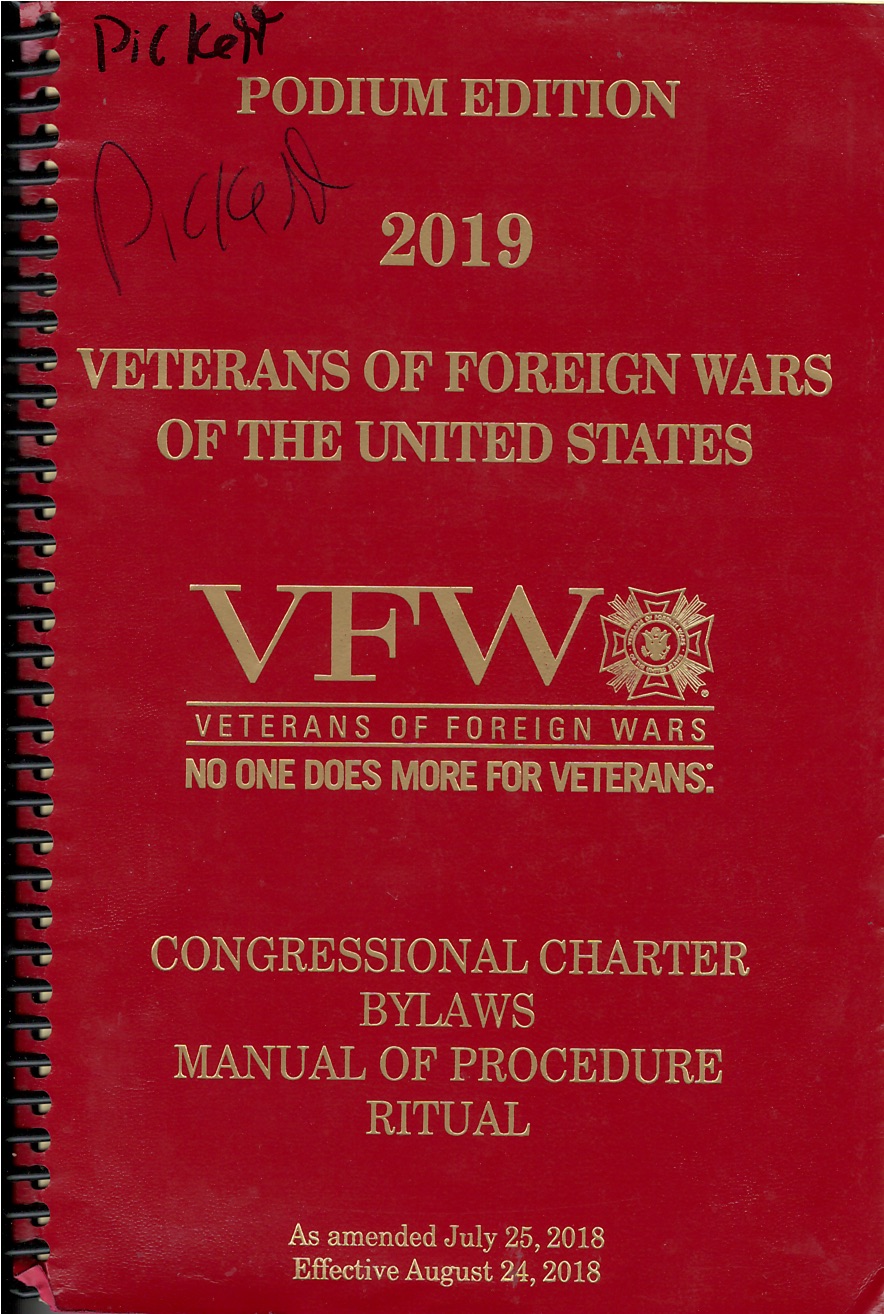