The duties of the post adjutant are well detailed in Section 218 (a)(6) of the podium edition of the VFW Manual of Procedure (https://www.vfwstore.org/products/22690)

(6) Adjutant. Among the duties of the Post Adjutant, the Adjutant shall:

§48. MINUTES AND REPORTS OF OFFICERS

48:1 The official record of the proceedings of a deliberative assembly is usually called the minutes, or sometimes—particularly in legislative bodies—the journal. The minutes should be kept in a substantial book or binder.

48:2 Content of the Minutes. In an ordinary society, the minutes should contain mainly a record of what was done at the meeting, not what was said by the members. The minutes should never reflect the secretary’s opinion, favorable or otherwise, on anything said or done.

48: 4 The first paragraph of the minutes should contain the following information (which need not, however, be divided into numbered or separated items directly corresponding to those below):

48: 5 Additional rules and practices relation to the content of the minutes are the following:

The use by the secretary of a recording device can be of great benefit in preparing the minutes, but a transcription from it should never be used as the minutes themselves.

48:7 The Signature. Minutes should be signed by the secretary and can also be signed, if the assembly wishes, by the president. The words Respectfully submitted—although occasionally used—represent an older practice that is not essential in signing the minutes.

48:8 Form of the Minutes. The principles stated above are illustrated in the following model form for minutes:

In an effort to improve VFWCT2 district schools of instructions, I prepared a tutorial on “VFW Adjutant Training on VFW Post Meeting Minutes | VFWCT2.” I posted the webpage on the “VFW Post Commanders Discussion Group” on Facebook seeking feedback.

Dave Staehlin, Minnesota VFW State Parliamentarian, was good to offer some points including, “While reports of audit must be accepted, there should be no vote to accept the Quartermaster’s (treasurer’s) report as it is informational.”

Sure enough, Straehlin was on the money. According to Robert’s Rules, “at each meeting of a society, the chair may ask for a “Treasurer’s Report,” which may consist simply of a verbal statement of the cash balance on hand—or of this balance less outstanding obligations. Such a report requires no action by the assembly” (RONR 454). In other words, in the wake of adopting Robert’s Rules and with no VFW post/district/department/national bylaws or Manual of Procedures mandating the acceptance of the Quartermaster’s Detail of Receipts and Disbursements, Form No. 4208, than it is just for information only.

However, the quarterly Trustees’ Report of Audit (No. 4214) is supposed to be approved. Robert’s says, “it is the auditors’ report which the assembly accepts” (RONR 456). Referencing elected officers known as “trustees,” it says, “if the auditors’ report consists only of an endorsement on the financial report—to the effect that it has been found correct…the treasurer can simply read out this certification as he concludes the presentation of his own report” (RONR 456).

Lastly, if a quartermaster presents an unaudited Trustees’ Report of Audit (No. 4214), the chair immediately says, “The report is referred to the .. Trustees for audit.” (RONR 457).

But as Staehlin wrote about accepting the quartermaster’s report, “In the end, it’s one of those things where there’s no real harm done either way.”

VFW, 2020 National Bylaws and Manual of Procedure, Veterans of Foreign Wars of the United States, 2019 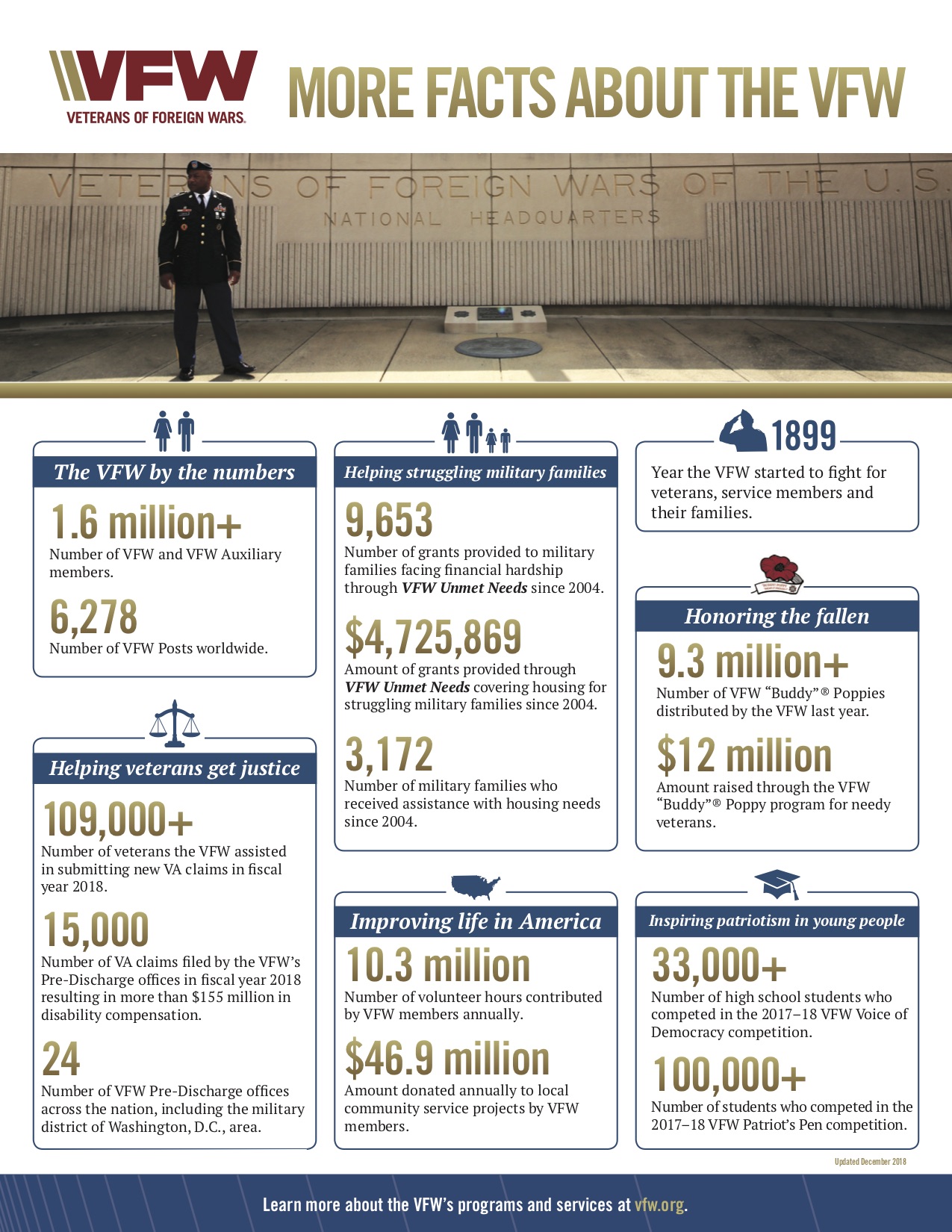