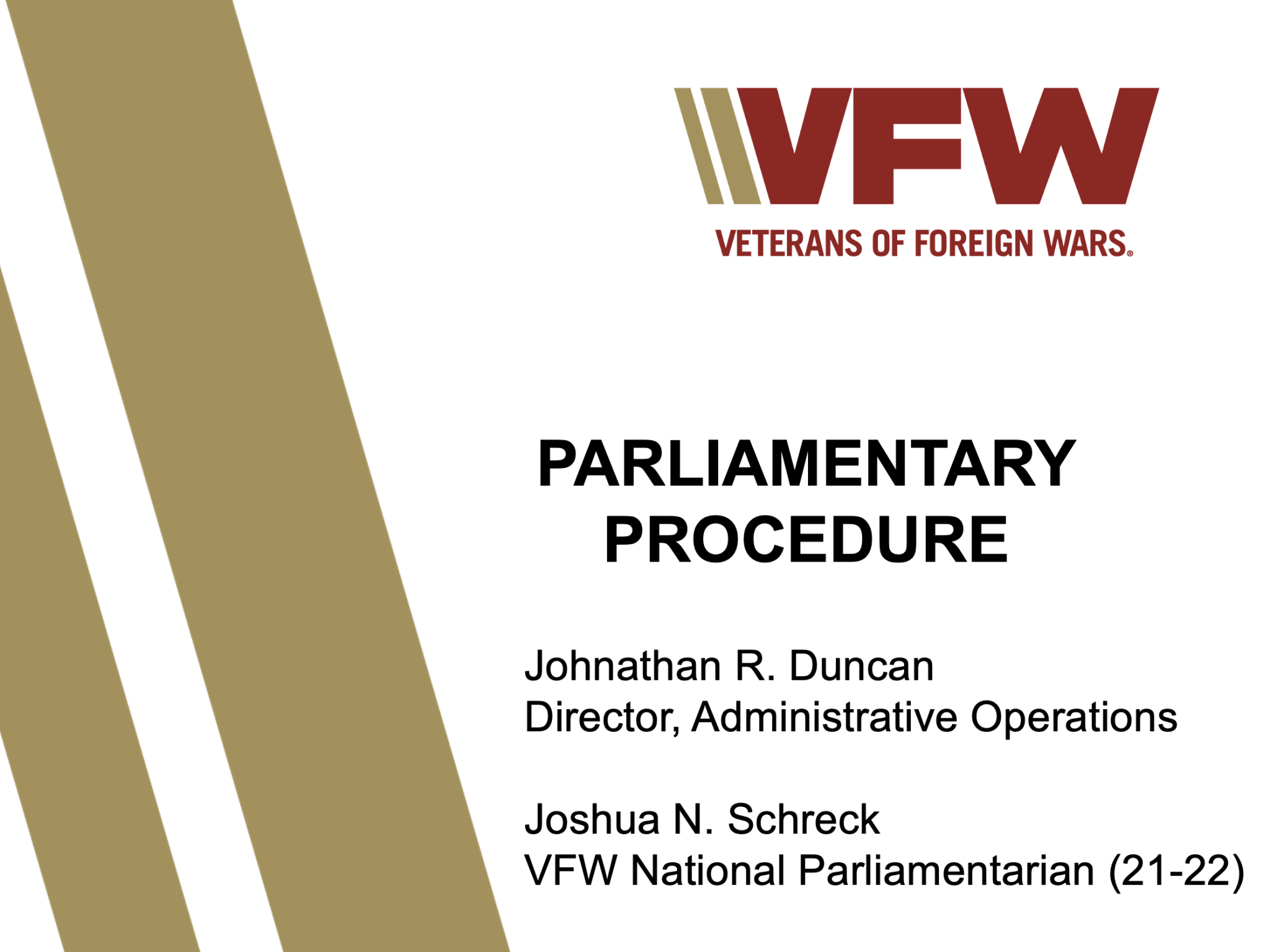 VFW National Parliamentarian Joshua N. Schreck and Director of Administrative Operations Johnathan R. Duncan gave a joint Parliamentary Procedure presentation at the 123rd VFW National Convention. The slides and video of the session are available at VFW.org in the training section and a series of informative videos are available on an unlisted YouTube playlist (https://youtube.com/playlist?list=PLS17GMBrjUlYMB-LKropgORgLMfpNlIKE).

Getting to the Success-Growth Substage in VFW Post Development