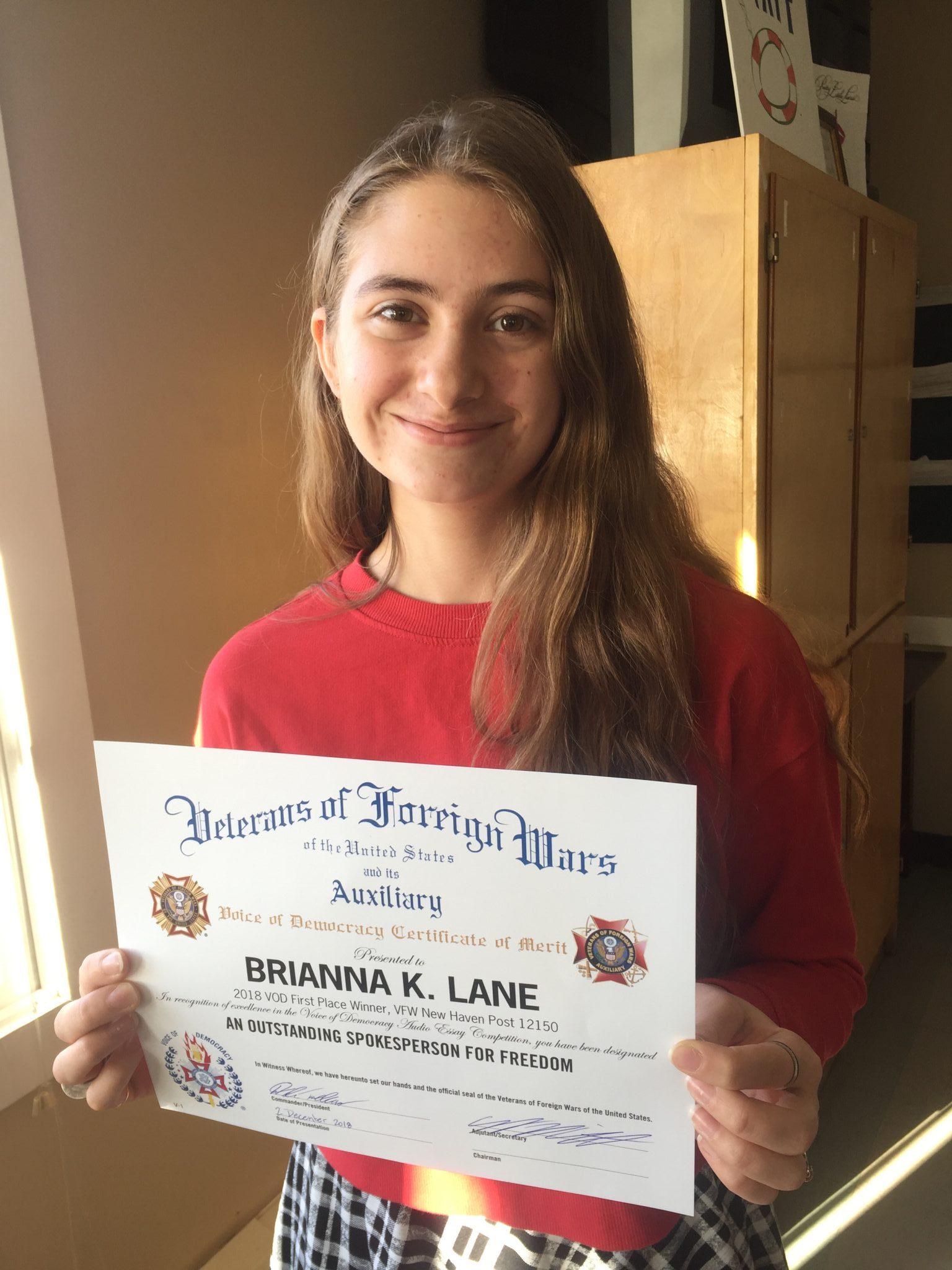 Brianna K. Lane of The Sound School Regional Vocational Aquaculture Center in New Haven won the Voice of Democracy audio-essay contest on “Why My Vote Matters.” Additionally, she also was named the winner of the Veterans of Foreign Wars Department of Connecticut District 2 and will compete at the state level in December.

Anna V. Clark of Dag Hammarskjöld Middle School in Wallingford took first place in the Patriot’s Pen essay contest on “Why I Honor the American Flag.” 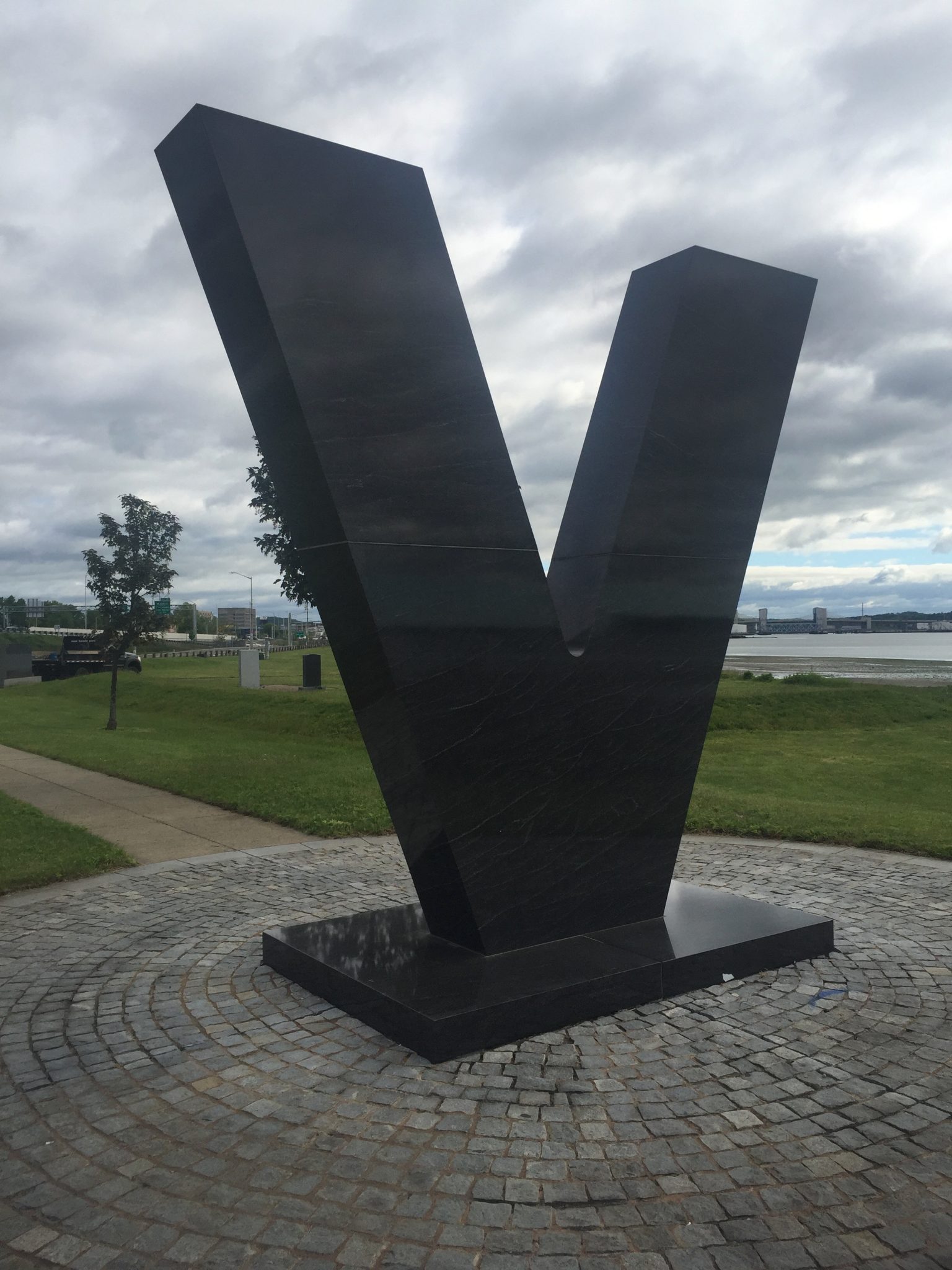 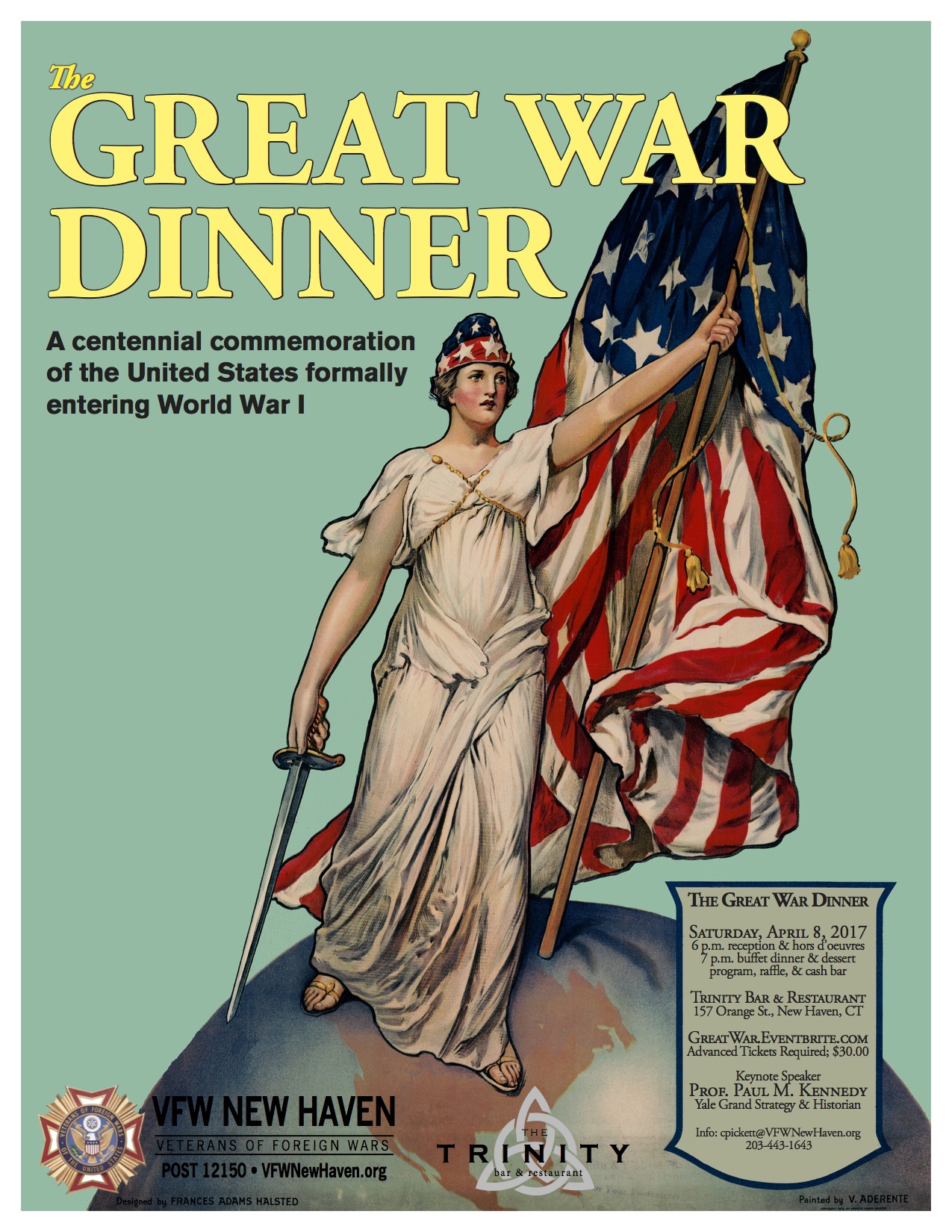 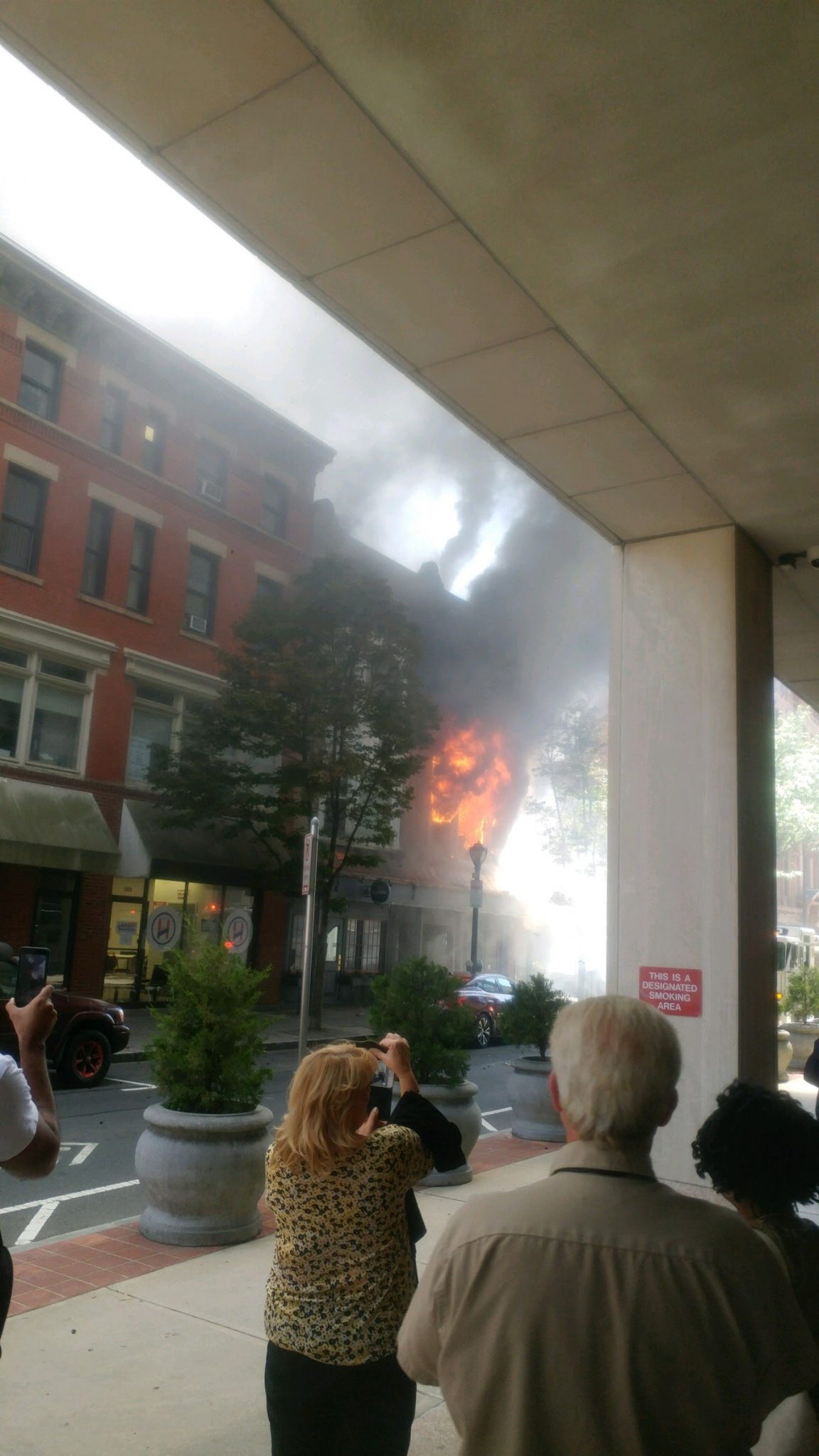